I don’t like shopping but I do like buying new things. Shopping typically requires driving somewhere, searching for a parking spot, spending hours trying to find what I want/need and usually not finding it or spending hours trying on things that don’t really fit. So I’ve taken to online shopping whenever possible. I stick to the same stores where I know what size to order (which still doesn’t always guarantee a great fit). I was intrigued when my friend told me about JustFab for shoes. I love having shoe options but also don’t want to spend a ton on shoes – especially on styles I won’t wear frequently. They had a good deal for new members and some cute styles, so I decided to try it out.

I ordered 2 pairs. I liked one and didn’t love the other (neither was amazing. but fine enough), but it wasn’t a problem because one of their big promos is free exchanges on any order – right? Long story short: their “simple” system to exchange – not so simple. It would not let me set this exchange up online (as it instructed on the invoice), so I chatted with a rep online who told me I actually could only exchange it for the same shoe (different color or size) because it was a final sale (NOWHERE did it say anything to that effect pre- or post-order), so I called that night and spoke to a rep who processed my exchange immediately no questions asked. Yes, in the end I got what I wanted. But they made it WAY more complicated than necessary.

I asked over the phone if I always needed to do exchanges via phone (IF I buy anything again) and he said no I can do it online (which I was unable to do). I asked why the service rep online told me I was unable to exchange the shoe at all and he mumbled something about “uhhh…depends on the order…uhhh…yeah.”

So….if you want some ok shoes at a decent price try it out – with the caveat that you may have to put some extra work into returning or exchanging them if you don’t like them/they don’t fit/whatever. There are better deals as a member, but it’s one of those deals that you have to skip each month or be charged a membership fee. So a little complicated, but I just keep a reminder on my calendar and avoid charges.

Not a raving review but now you know what you’re dealing with. Maybe check it out a decide for yourself! 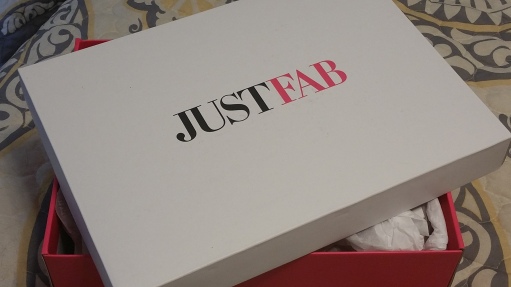 One thought on “Just [kind of] Fab”