The holidays pretty much always involve traveling now so I went in search of an audio book that my parents and I could listen to in the car, that we could finish in about 11 hours round trip, and that was available (from the library) for immediate download. This narrows it down a lot as many audio books are 12+ hours and most of the popular ones have a wait. But I found Shoot the Moon by Billie Letts. The story line sounded like something all three of us could be interested in and it sounded safe (I would have been mortified to listen to, say, The Girl with the Dragon Tattoo, with my parents).

A small town in Oklahoma is rocked when a single mother is found dead and her infant son missing. A man is charged with the murder of both, but years later. when that same son reappears looking for his mother, the case becomes headlines again. The son decides to do some investigating himself into the murder of his mother as well as who she was, wanting to know the mother he didn’t remember a thing about. It’s a quick read (or listen) and keeps you on your toes as you try to figure out who done it yourself. Enjoy! 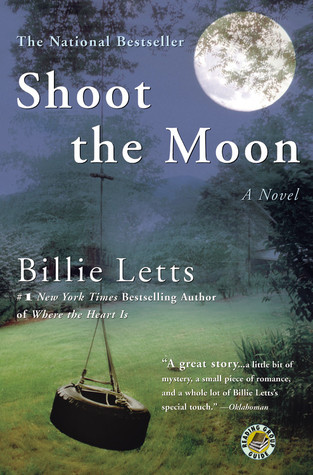